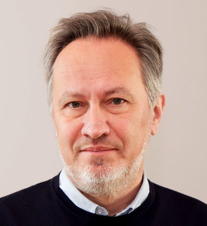 Oscar Nierstrasz is Professor Emeritus of Computer Science at the Institute of Computer Science (INF) in the Faculty of Science of the University of Bern, where he founded the Software Composition Group in 1994. He retired from the University of Bern at the end of 2021, and is currently working at feenk.com. He is co-author of over 300 publications and co-author of the open-source books Object-Oriented Reengineering Patterns and Pharo by Example.

The Software Composition Group carried out research in diverse aspects of software evolution. Our most recent research focussed on Agile Software Assistance: enabling software developers to quickly and effectively analyze complex software systems with the help of tools to rapidly construct, query and manipulate software models.

Prof. Nierstrasz has been passionate about object-oriented programming since the early 1980s, and has been honoured with the prestigious 2013 Dahl-Nygaard Senior Prize for contributions to the field of Object-Orientation. He has served as Editor-in-Chief of the Journal of Object Technology, as Programme Chair of ECOOP '93, ESEC/FSE '99 and MoDELS '06, and as PC member of countless conferences. He is also known as the author of Identify the Champion, a pattern language for managing the peer review process of conferences.

Oscar Nierstrasz was born in the Netherlands, but grew up in Canada. He completed his B.Math at the University of Waterloo in 1979 and his M.Sc. in 1981 and his Ph.D. in 1984 at the University of Toronto, in the area of Office Information Systems. He worked at the FORTH Institute of Computer Science in Crete for one year (1985), and has lived since then in Switzerland. He was a member of the Object Systems Group at the Centre Universitaire d'Informatique of the University of Geneva, Switzerland (1985-1994) before coming to Bern. He is a citizen of Canada, Switzerland and Italy.

NB: Since I retired at the end of 2021, I will not be accepting any new Bachelors, Masters or PhD students to supervise.